After a long search, Ensiferum are proud to announce that Finnish musician Pekka Montin has officially joined the band as the new keyboardist/clean vocalist! The band recently concluded recording of their upcoming 8th studio album which will feature the newest member of their horde, Pekka Montin.

“I started my journey with music in the 90's. I was inspired and influenced by my uncle Hans Montin, who played drums in a Swedish cult hard rock band Shock Tilt in the 80's.

After my musical education in Finland, I began my own heavy metal band Judas Avenger, which aims to combine fearlessly different styles of heavy metal. In 2016 and 2017, I had the honor to tour Scandinavia alongside Graham Bonnet when I was playing in the band Wishing Well, who were the support act on the tour. And just last year I sang and played keyboards on the upcoming third studio album of progressive heavy metal band Amoth.

At the end of 2018, I was given the opportunity to join Ensiferum. Our musical style seemed to click effortlessly, something that really can be heard on Ensiferum's upcoming album.

“We received enormous amount of applications for the clean vocalist/keyboard player position. We took our time to carefully read and check the links of each application and we were blown away by the skill level of people who showed their interest towards our band. One more time, big thank you for everyone who sent an application! Keep doing your thing and the whole world will be on their knees!

There was one application that especially caught our eye: Mister Pekka Montin. This guy has incredible vocal range, great skills and good taste concerning keyboards, music theory and music genres in general - plus he has experience playing hundreds of gigs and familiarity in a studio environment with his old bands. Of course, logistically it’s nice that he is a Finn, but this point was never on the criteria list of the future member.

We invited him to jam and talk with us because a band is much more than just random people playing together, it’s a family. And even though everyone has their own personalities and views to the world, there still needs to be that bond of unity, shared vision and passion for the band’s music and unconditional commitment to it. Every member has to do it with their whole heart or things simply won’t work. Love for music is the main thing in Pekka’s life so it didn’t take that long before we were convinced that we had found the guy we were looking for.

Besides his musical talents he is a very calm and professional gentleman who has already proven himself in the rehearsal room with the old songs, writing the new album with us and most of all in the studio sessions of the new album.

We are extremely eager to get back on the road to play old and new material with a real keyboard player (instead of backing tracks that we had to use for a while), who also raises our vocals to a totally new dimension.

So please give a warm welcome to our new member Pekka!” 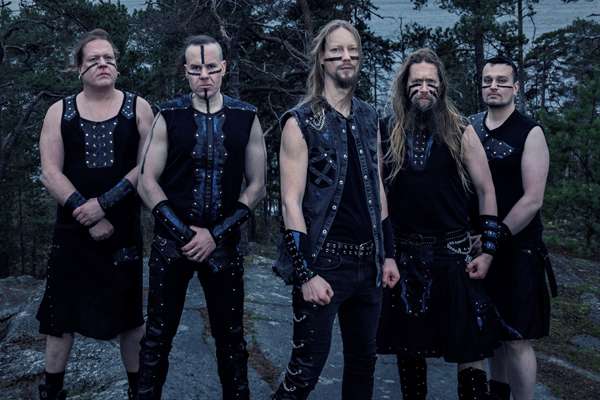