The successful cooperation between MTV and CONTINENTAL CONCERTS is now entering its fourth round. From this year on with WE - LIVE AGENCY as a partner.

The MTV HEADBANGER'S BALL Tour is not only a homage to the MTV HEADBANGERS BALL, the cult show of the 1980s, which laid the foundation for many world careers on MTV, it also transports the charm and relevance of the format into the 21st century!

As headliner VIO-LENCE from California will transport the essence of Thrash Metal to the stages of Europe. The guys are from the second wave of the 1980s Bay Area Thrash scene. They will come with their new Line Up which now includes Bobby Gustafson (Overkill) and Christian Olde Wolbers (Fear Factory). VIO-LENCE are rather known for aggressive Thrash Metal without any technical gimmicks. Thrash as Thrash can. Without frills! A perfect headliner!

VOIVOD come from the land of the maple leaf. The old home of former Metallica bassist Jason Newsted has changed his musical direction over the decades. From playful Thrash Metal to amplified Hard Rock influences and experimental Progressive Thrash, the Canadians have delivered everything. Sophisticated fare. Excellent.

EXCITER also come from Canada. With their debut album, the band not only became an indelible part of metal history. Heavy Metal Maniac' is considered the first speed metal album ever, if not the precursor of thrash metal. After several line-up changes, the Canadians are now back on the road as a trio. Although EXCITER are getting on in years, they have not lost any of their aggressive energy. Convince yourself!

The Danes from ARTILLERY will strengthen the billing in their very own way. Like the first three bands ARTILLERY were founded in the 1980s. Named after a song by the metal legend Tank, they dedicated themselves to Thrash Metal. Power Metal - interspersed Thrash from Copenhagen, makes the hearts of the genre friends beat faster. Danish Dynamite! 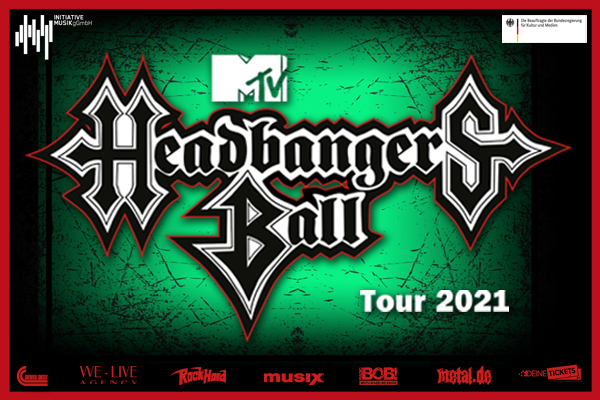