Both companies have been cooperating for several years now, mostly on a project level. Thus, projects such as the MTV HEADBANGER’S BALL TOUR, the RUHRPOTT METAL MEETING, which takes place annually in December in the Turbinenhalle in Oberhausen, as well as the work around the project LUCIFER RISING could be realized successfully. Further projects are already being planned.

The logical next step is a joint venture to bundle the forces even more efficiently. On occasion of this development CONTINENTAL CONCERTS will leave the old location in Dortmund harbor and move to new offices in Münsterland/NRW with WE - LIVE AGENCY, whose headquarters are in Munich, is thus opening its first branch office. The team was recently expanded by Marco Vorst, who has made a name for himself as a booker with the Nord Open Air in Essen, Tanja (Social Media Relations) and the new trainee Jessy.

Gerald Wilkes, owner and CEO of CONTINENTAL CONCERTS comments: "We are happy to have found an extremely reliable partner in WE - LIVE AGENCY. By merging the two companies we will be able to make optimal use of our strengths in each case".

WE - LIVE AGENCY CEO Bernd Wilbert adds: "Through past projects both agencies have got to know and appreciate each other. The resulting creativity and the successes of the previous cooperation allowed no other consequence than to set up together. We are looking forward to a multitude of further projects in the future, some of which we are already working on at full speed". 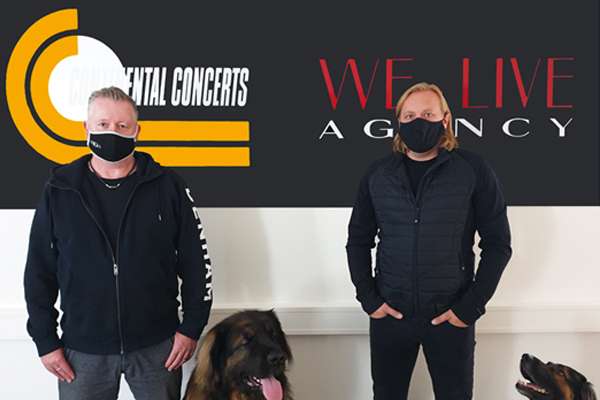