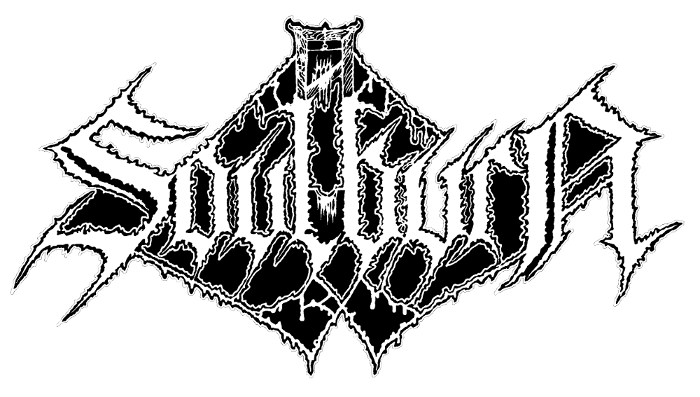 Originally SOULBURN emerged after a first demise of Dutch death metal legend Asphyx in the mid 90’s, when founding members Eric Daniels (guitars) and Bob Bagchus (drums) looked for a seperate outlet to unleash their mutual obsession with Bathory and Venom. After a demo and the cult “Feeding On Angels” debut album via Century Media Records in 1998, which featured Wannes Gubbels (Pentacle) on vocals/bass, SOULBURN were put to rest when Asphyx returned with “On The Wings Of Inferno” (2000) with the same line-up. SOULBURN was dead, buried, but not forgotten...

And 16 years after their debut album, SOULBURN resurfaced in their new line-up featuring the core of Eric Daniels (guitars) and Bob Bagchus (drums), teaming up with Twan van Geel (Legion Of The Damned) as vocalist/bassist and Remco Kreft (Nailgun Massacre) as second guitarist to create “The Suffocating Darkness”.

Their sophomore album was recorded with Harry Wijering / Harrow Productions) and mix/mastering duties were taken over by Dan Swanö / Unisound Recordings. The frontcover was designed by Timo Ketola (Watain, Deathspell Omega, etc.) and additional art was provided by Roberto Toderico (Asphyx, etc.). A video clip for the song “In Suffocating Darkness”, off “The Suffocating Darkness”, can be seen here: https://youtu.be/rOJwm3q5wSw. Also check out the album’s song “Under The Rise Of A Red Moon” here: https://www.youtube.com/watch?v=2eefHcLgLGo

Most recently, SOULBURN released a split 7” EP with Desaster in 2015 featuring the new track “The Lats Monument Of God”.

Following up 2014’s “The Suffocating Darkness” effort, the new album was recorded in The Netherlands at Harrow Studio as well as Double Noise Studio and then mixed and mastered by Magnus "Devo" Andersson at Endarker Studio in Sweden (Marduk, Ofermod, etc.).

Therefore, the album’s opening track, “Where Splendid Corpses Are Towering Towards The Sun”, can now be checked out online here: https://youtu.be/fFuFsBSWMak

SOULBURN vocalist/bassist Twan van Geel checked in with the following comment about the track: “We are proud to present you the opening track from our upcoming album 'Earthless Pagan Spirit'. This song is a classic ode to the supremacy of the blackest of Metal. 'Where Splendid Corpses Are Towering Towards The Sun' ravishes straight through the high hopes of a self-proclaimed righteous people and their plastic vanity. And at the triumph of their death, scorched by the sun of their own divinity, in the serene mist from their ashen skulls, we dance.”

In June 2018, Bob Bagchus departed Soulburn. He was replaced by Marc Verhaar.

Marc (Graceless, Nailgun Massacre, ex-Xenomorph) is not new to the Soulburn camp as he was often present helping out at Soulburn’s shows. He’s a great guy and above all, a more then great drummer and we’re very much looking forward continuing our blasphemous noise together. A new era has arrived...

2019, the 7” single release entitled Carpe Noctem is bound to spread it’s darkening deadly metal further through the astral borders once again. As the darkness of Soulburn is ever seeking, let us indulge in sins to come.

2020 The new album Noa’s D’ark is recorded and mixed and will be released on 13th november 2020 by Century Media Records, will tell, the darkness continues. New solid dark songs will see the daylight! Recently the first single video ‘From Archaeon Into Oblivion (Lyric Video)’ was released here to see: https://www.youtube.com/watch?v=UvPZzOviIXg&feature=emb_logo